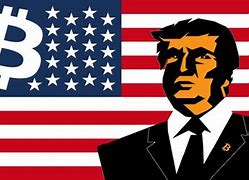 Latin American crypto exchange Bitso handled $1 billion in crypto remittances between Mexico and the U.S. year to date for 2022, the company announced Thursday.

The amount represents 400% growth compared with the same period in 2021, the company said, adding that it hopes to process $2 billion in global remittances to Mexico alone in 2022.

“There’s no doubt that the Mexico-U.S. corridor is an extremely important market for us. Many people within that corridor depend on remittances to meet their basic needs and this drives our commitment to bring these cross-border payment services to other countries where we operate,” said a statement from Carlos Lovera, Bitso’s business development leader.

Bitso processed 4% of global remittances sent to Mexico in the first quarter of 2022, according to the company, which added that it aims to reach 10% of the market by 2023.

“When we started the company, we talked about the potential for crypto to be used for remittances and I was dreaming about a world where Bitso could process 1% of the remittances from the U.S. to Mexico,” Bitso CEO Daniel Vogel told CoinDesk at Consensus 2022.

Bitso, which operates in Mexico, Brazil, Argentina and Colombia, reached 5 million users in June. The company recently laid off 80 employees, citing its “long-term business strategy,” although it did not mention any difficulties in raising capital.

In November, Bitso partnered with Circle to launch an international wire transfer product that allows small businesses and freelancers to change their dollars into stablecoins and then convert them to Mexican pesos.

One month later, the exchange partnered with Tribal Credit to launch a cross-border B2B payment option enabling the conversion of Mexican pesos to Stellar USDC for transactions between Mexico and the U.S.

According to the World Bank, Mexico was the second-largest recipient of remittances in the world in 2021, after India. Of the $51.6 billion it received last year, 95% came from the U.S., according to the Mexican central bank.

The Mexican remittance market has caught the attention of global crypto players. In May, Tether launched its MXNT token pegged to Mexico’s peso, while in February, Coinbase (COIN) enabled a cash-out service in Mexico to convert crypto into fiat.

This story originally appeared on Coindesk

Tesla bitcoin its bottom investment be

The future of ripple xrp