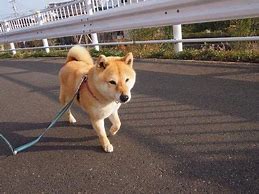 In late April, the Shiba Inu burn portal was created. The portal, which enables the systematic burning of SHIB tokens, was developed in conjunction with the RYOSHIS VISION token’s developers. Additionally, it said that owners of burntSHIB would receive 0.49% of all RYOSHI transactions.

As reported by U.Today, after the SHIB burn portal launched, SHIB owners went to burn their tokens in great numbers, resulting in an astounding eight billion tokens being destroyed in less than 24 hours. Since the initial burn, which took place about two months ago, more SHIB tokens have been torched.

As the Shiba Inu burn portal continues to achieve new milestones, recent reports indicate that more than 56 billion SHIB tokens have been burned.

On June 21, Shiba Inu (SHIB) sharply rose more than 45% to become one of the biggest gainers in the crypto market. The Shiba Inu holder count has jumped to 1,189,796, according to WhaleStats, demonstrating growth in June.

Build your own ethereum mining rig