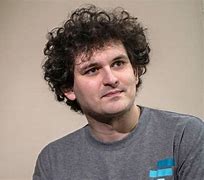 He only keeps 1% of what he makes

Sam Bankman-Fried is a successful Web3 entrepreneur,one of the richest people in crypto, but also one of themost generous billionairesin the world. He ranked 60th place onForbes 2022 Billionaires List, and over the past few years, this 30-year old guy found a way to build up a net worth of$22 billion.

Want to learn how to do crypto the right way too? Find outhere.

Sam Bankman-Fried was born to two Stanford teachers in California, USA. And even though teaching was clearly a career he was exposed to on the daily – all he really wanted to be when he grew up: was rich.

But not in the materialistic way you might think. Instead, Sam wanted to become rich for the sole purpose ofgiving it all away to people who really needed it.

Sam went on to MIT to study physics, and it was at this point in his life that he started following his altruistic instinct to make as much money as possible – and do as much good with it as possible.

So, he grouped together with a bunch of people who had the same ideals as him, and he got connected to a job at a trading firm on Wall Street. He was there a while building up his skills in trading and investing, before moving on to be the Director of Development at theThe Center for Effective Altruism. Right after this was when his stream of crypto-entrepreneurial adventures began.

Looking back, Sam Bankman-Fried’s net worth was bound to grow to as much as it has from a career in altruism and crypto. After all, he hadbuilding investment skills from the age of 17, and quickly picked up expert abilities when it came to analyzing trends, seeing opportunity and understanding different markets in the financial industry.

After working in economics and trading, Sam eventually found a way to start working for himself. And it wasn’t one of the most conventional at the time – that’s for sure.

It was 2017, and after casually scrolling through the growing trend of cryptocurrency at that time, Sam spotted an opportunity to make a whole lot of money in the space using Bitcoin.

He noticed that on American exchange platforms, the price of Bitcoin was 10k a piece. But on a Japanese exchange, it was selling for 11k.

And it hit him.

Sam could simply start buying up Bitcoin on an American exchange for 10k a piece, and start selling it for 11k on another. In the end: 1k profit. From one simple sale.

So he did it. And soon enough, he was doing this every single day of the week making$1 million a day. By the end of this investment journey, he had made a whole$20 millionjust trading crypto like this, before he became a full-time crypto-trader.

But that was his ultimate goal. It wasn’t to make all the money in the world for himself – but to take that money from other investors who don’t need it, and instead put it back into the hands of people that really do.

Sam quickly moved on to building his own successful businesses after his run with trading Bitcoin. First, he foundedAlameda Research in 2017, which is one of the leading principal trading firms in crypto.

Then, in 2019, he founded one of thebiggest crypto-exchange platforms(where you buy and sell crypto), called FTX.

The company today is valued at $40 billion, and it’s therichest crypto companyout there. And as of July 2021, the exchange was averaging $10 billion of daily trading volume, and had one million users worldwide.

All of this before Sam was even 30-years-old.

Sam Bankman-Fried’s net worth has skyrocketed since the minute he became a trader – and the last person to ever have this level of success and fortune in such a short period of time at such a young age, is the founder and CEO of Facebook himself:Mark Zuckerberg.

Sam moved to the Bahamas from California to run his FTX business, and now he has fully invested his life into blockchain and crypto exchange. He puts relentless work into his mission – yet out of the billions of dollars coming in, he only takes 1% of it for himself (at a minimum of $100k a year). Overall – that’s a pretty normal salary for someone of his age in the tech industry.

If you saw the guy, you can tell that he doesn’t live the “rich life” in the normal sense of the term. He’s frugal. He doesn’t buy what he doesn’t need.

He doesn’t own a lambo…he actually drives a Toyota Corolla.

He isn’t decked-out in top-tier accessories and top-notch suits.

He wears basic shorts and t-shirts.

Nothing about this guy screams “lavish lifestyle” which makes his mission and what he does on a daily basisthat much more inspiring and incredible.

Since Sam Bankman-Fried’s net worth and his mission overall have grown significantly through crypto, he is nowthe richest guy in crypto. And he still “earns to pay” everyday.

A future of altruism

To date,Sam has donated millionsto causes like global warming, animal welfare, neglected tropical diseases, and so much more. He tries to find the places that will take each dollar he makes and take it as far as humanly possible, to help as many people as possible.

Then in one decade’s time, his goal is to donate$10 billion.

Today, he’s always on the move, showing up on the biggest platforms to talk about his accomplishments and he has big plans to keep sharing the money he earns – including his plans to invest$1 billion into the 2024 American election.

How did he find success?

So now that we’ve heard where this guy came from and where he’s at – how did he REALLY get here? Is this one of those wild success stories that we can just chalk up to being a fluke?

Sam Bankman-Fried’s net worth was definitely influenced by his inherently intelligent mind that even landed him in the halls of MIT – but that doesn’t mean it was everything to his success. And definitely doesn’t mean you have to be a drop-dead genius in order to be a success story like Sam’s.

What happened with Sam was similar to many other people who have found success in entrepreneurship or crypto in general:they found an industry with low supply, high demand and an industry that has a prospective future.

And that’s exactly what Bitcoin and blockchain was at the time he started. Sam ultimately got into crypto and building FTX because he saw such a great opportunity in the space. He saw that traders wanted a place where they could access better prices and trade on a more efficient platform. He also knew it needed better infrastructure, so he created it himself – and always pushed to build something better than what was already on the market.

Now, the biggest sources of income that have influenced Sam Bankman-Fried’s net worth has mainly been FTX, and his crypto trading efforts over the years.

But he no-doubt gets part of his income from other sources. He’s also an incredibly in-demand guy for interviews and speaking events. After all, he’s one of the biggest, influential figures in the space today.

But what ultimately drove his net worth through the roof and led to his success was hisdedication to the core mission as a whole.

Sam sleeps 5-hours a night to get as much done as he can in the day. He doesn’t drink much alcohol because he doesn’t want to lose time over it, and he’s also a vegan – to help reduce his carbon footprint as a personal contribution to the environment.

He believes so wholeheartedly in what he does that he finds a way to make it happen even if it means taking unconventional routes and not succeeding at the exact things that he always sets out to do – but persisting nonetheless.

If he keeps going at this rate, Sam may become a trillionaire someday. And he proved to everybody that age is just a number, and making money isn’t a bad thing as long as you’re doing it to do good things, and help make the world a better place.

Is crypto right for you?

While Sam Bankman-Fried’s net worth is obvious proof that there is tons of money in this industry – does it mean you should dive head-first into investing with the hopes of becoming the next rich entrepreneur?

While crypto is full of opportunity, it’s also full of danger and scams – and learning how to do it right is a must before investing. That’s why we’re committed to bringing the greatest minds in crypto space – fromBen Yu,Zenecato the owner of the famous Beeple painting,MetaKovan– to teach you all about it.

Because it’s true that crypto doesn’t favor the brave – it favors the educated.

Where to buy terra crypto