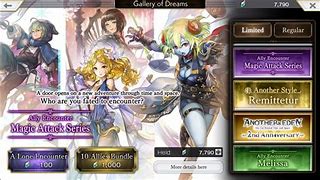 Magic Eden, the non-fungible token (NFT) marketplace, has closed $27 million in its Series A raise six months after its founding.

The capital infusion comes as the marketplace for NFTs, which has flooded popular culture on the heels of last year’s crypto returns, celebrity endorsements, and an emerging theme of investing in the metaverse, is showing signs of cooling.

“Volatility in the price action of cryptocurrencies just comes with the territory. That’s part and parcel of the industry that we live in,” Magic Eden CEO and Cofounder Jack Lu told Yahoo Finance. “What we’ve discovered is that NFTs are a much more mainstream and relatable area of crypto for the mainstream internet user. A lot of it is about art, it’s about culture, it’s about gaming, it’s about building communities on the internet.”

Crypto-native venture capital firm, Paradigm, led the round and was joined by Sequoia Partners, Greylock, Solana Ventures and others. The funding will be used to invest in partnerships, build out a gaming vertical, and launch a mobile application that allows users to browse, mint, and trade NFTs, Magic Eden said.

“We’ve managed to deliver a highly polished delightful product experience for our users… and we’re known for taking a community-first approach,” Lu said. “That has helped us build a much stronger and robust relationship with our users, and that’s quite differentiated us from some of our peers.”

Non-fungible tokens act as certificates of authenticity that are minted and preserved on a blockchain. These tokens can have programmable rules and, as certificates, they serve as the receipt for digital goods, which includes videos, music, million-dollar fine art, and even digital real estate.

Though NFT platforms are most well known for listing digital collectibles such as the popular Bored Ape Yacht Club and Crypto Punk collections, Lu envisions that the platform’s value will be far broader.

“Our goal is to make a clear distinction between Web2 and Web3, allowing creators, collectors and supporters to engage with each other and lead the direction of their online interactions,” Lu said in a press release statement.

Since launching in September last year, Magic Eden’s transaction volume and user count has accelerated faster than any of its competitors, according to Dapp Radar. Currently, 93% of all NFT transactions on the Solana blockchain take place on Magic Eden, according to data provider, Dune Analytics.

Magic Eden declined to offer its current valuation given its funding raise. But given its current volume and users, its value would likely be far smaller than Open Sea, which announced a $13.3 billion valuation at the beginning of January when its trading volumes peaked at $5 billion in monthly sales.

Since then, though, the NFT marketplace has slowed. Since exceeding $6,000 in the first week of January, the average selling price for an NFT has halved to $3,000, according to data tracker Nonfungible. Total daily sales average for the segment has also compressed to $38 million from a high of $160.2 million on January 31.

The drop coincided with an intense period of volatility in crypto, which has been weighed by widespread risk aversion. While less discussed than cryptocurrencies, regulation also poses a longer-term factor for NFT demand. The SEC is scrutinizing platforms potentially offering NFT services it sees as investment contracts.

As with the crypto sector overall, much of the NFT market’s value is determined by future expectations. These crypto assets don’t fit neatly into a single category but over the past year its popular projects involve digital collectibles that serve as a signal or key to an exclusive online community.

The market demand now for these items is “a form of internet-native conspicuous consumption,” Adam Levine, an early cryptocurrency entrepreneur and podcaster, told Yahoo Finance. Having tinkered with NFTs for close to a decade, Levine stressed that the most popular NFT projects survive over time thanks to the growth of an active online community.

Read the latest financial and business news from Yahoo Finance

How to cash out from robinhood

Trailers to mine bitcoin

What platform can you buy xrp on