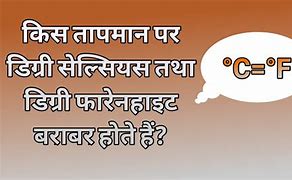 Celsius Network withdrew more than $400M in staked Ether from Aave on Tuesday as it continues to settle outstanding loans on DeFi protocols.

The struggling crypto lender withdrew 400,000 of Lido’s staked ETH, or stETH, it had put up as collateral on a loan taken from the Aave protocol, worth $417M at the time.

The trades bring Celsius, which has at least $585M in on-chain assets at last count, close to paying back the loan in its entirety. Celsius now owes Aave 8M USDC, a far cry from the 300M it was estimated to owe the protocol June 10. Celsius has been scrambling to reduce its obligations and shore up its financial position as depositors wait to access their money.

Attention will likely turn to the stETH. The token is an ETH derivative that has historically traded at par with ETH. But it lost its peg in May, and in June was trading at 93 cents for every dollar of ETH. It has recently recovered to 97 cents per dollar of ETH, but a massive selloff of the token could again push down its price.

Since July 1, Celsius has repaid Aave 209M USDC and more than 53M DAI, while withdrawing almost 6,000 wrapped Bitcoin (wBTC). Celsius has also withdrawn almost 55,000 ETH, the 400,000 stETH and millions of dollars worth of other tokens posted as collateral, according to on-chain data.

Celsius has also repaid about 120M DAI to Compound and withdrawn 4,400 wBTC it had posted as collateral. Last week, it completely settled its debt to MakerDAO, having paid down $190M in DAI since July 2.

Vine is now on blockchain video

Off the chain capital